I made a video in August 2016, talking about the reveal of the Sephiroth Play Arts Kai figure that Square Enix’s twitter announced was available for pre-order at their online store and would release in February. I excitedly said I would do an unboxing video when I get it since Sephiroth is my favorite character ever. I received an email in the middle of February from the Square Enix online store, saying it will be delayed which baffled me because I saw this figure already available in other websites yet Square Enix themselves have delayed it in their own store. I finally got it in the mail, time to open.

I am very happy to see the detail in this figure. His hair has transparent ends and his shoulderpads have many scratches to show he’s been in a lot of fights. His arms are more buff than his old regular Play Arts model. I immediately noticed his dark lips which looks like he’s wearing lipstick and I felt conflicted, but I love the dark menacing look in his eyes. I also noticed the white blemishes on his trench coat and thought it might’ve been a defect. After looking at other pictures on the internet, turns out it is on purpose. Lastly, I am pleased to say that the Sephiroth Play Arts Kai figure is taller than the Cloud Play Arts Kai figure, as it should be. 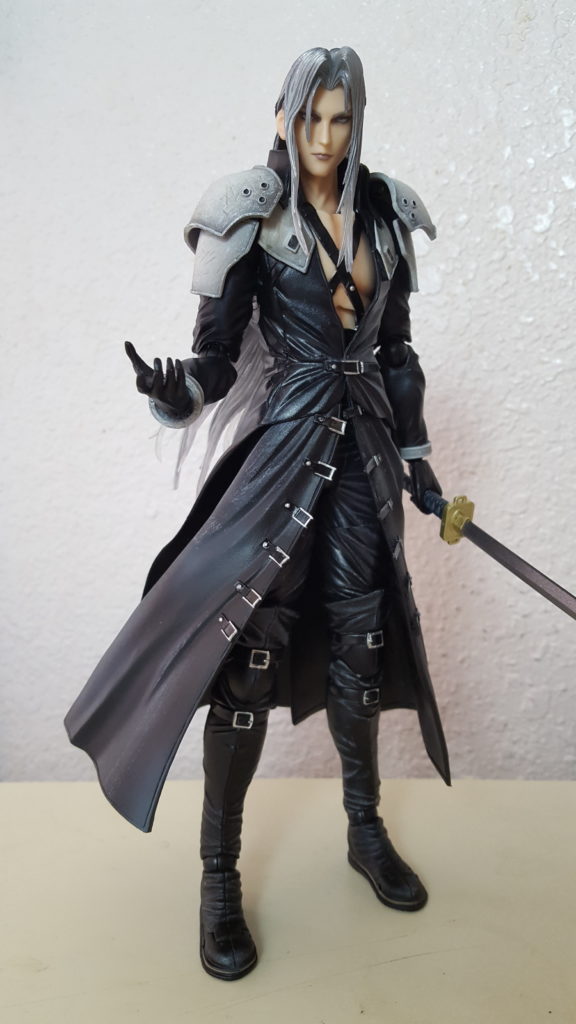 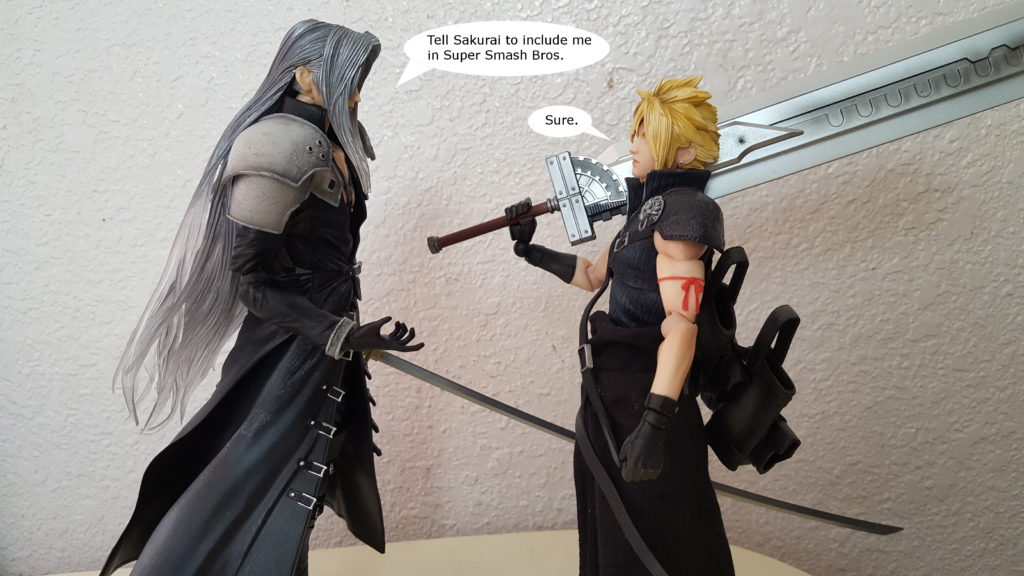