Welcome back, everyone! Today returns the Grand Hero Battle featuring Ursula: Blue Crow in Fire Emblem Heroes. She was previously available couple months ago for a limited time. Back then I did defeat and recruit her, but I didn’t record the match. Now that she’s back, I was able to recruit her again and this time I recorded her highest difficulty map, Lunatic.

I was able to level her up to 40 as a 4 star unit. I plan on giving her Odin’s Blarblade. 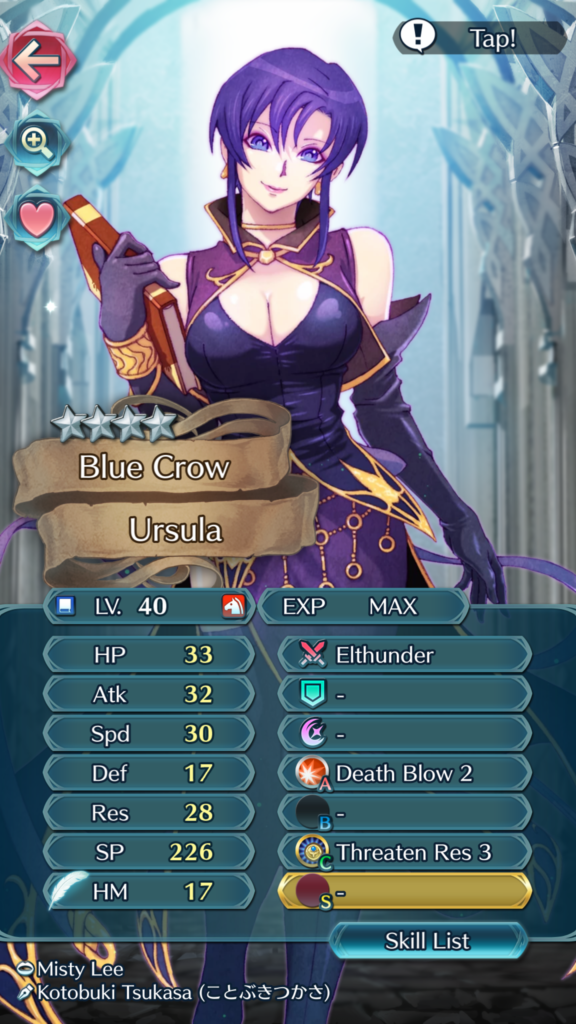 Fire Emblem Heroes is available on android and iOS.